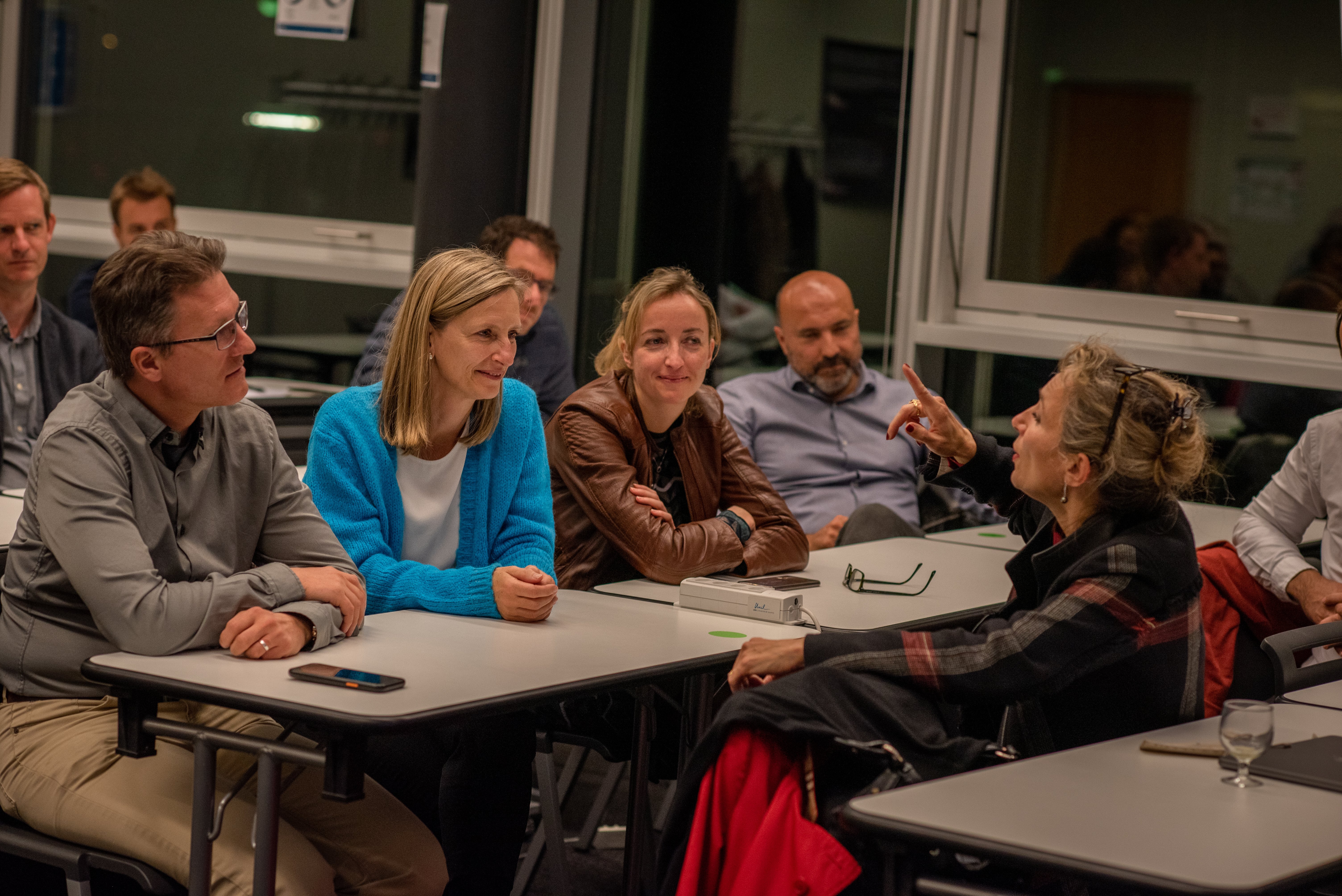 There are several ways to evaluate the impact of an Executive MBA on one’s life. In contrast to traditional rankings, this article seeks to highlight the non-quantifiable effects of our programme on one’s career and private life.

We recently shared our significant progression in the Financial Times 2022  EMBA ranking. In  FT’s rating as in many others, the effects of an Executive MBA  are mainly measured quantitatively (i.e. Salary Increase). When qualitative methods are used, they tend to solely focus on the professional life of the participants

In contrast to these methods, our latest Alumni community event aimed to showcase all the potential benefits of an EMBA on one's life (professional and personal). Therefore, we invited three Alumni with a singular journey to gain a qualitative understanding of the programme's impact on their careers and private life. The dozens of guests in the audience were also keen to emphasise how the EMBA has made them better leaders and individuals

Olivier initially studied mechanical engineering, with a specialisation in ergonomics. Early in his career, he realised he needed a better clinical understanding to meet his client's needs. He, therefore, followed a paramedical education in posture therapy.

A few years later, things got bigger: from helping individuals in pain, he started to be frequently mandated to assist companies with serious absenteeism issues.

This is when the Executive MBA came into the picture…which resulted in Oliver starting his own consulting company.

In his testimony, Olivier highlighted the self-confidence he developed during the programme. This newfound audacity had a very positive impact on his career and private life. A particularly striking example of this attitude is his decision to reduce his working hours and become a part-time manager.  This choice greatly benefited his family life as it gave him more time to devote to his newborn son. At the same time, he witnessed an increase in the KPIs of his team thanks to more efficient task allocation and time management. 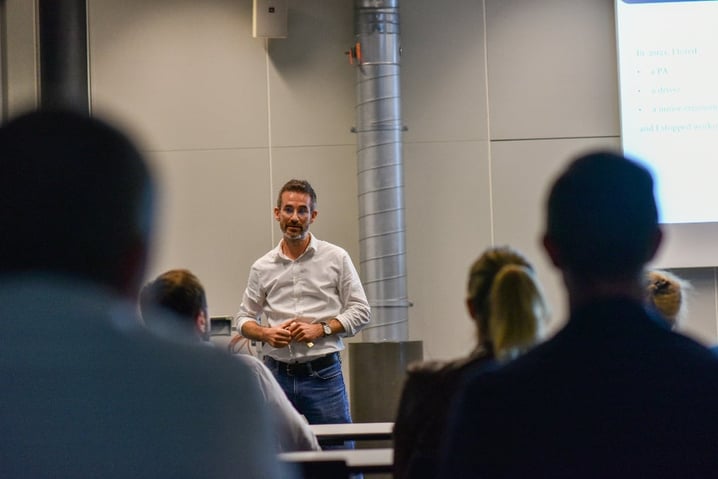 Physicist, Opera Singer and Executive MBA Graduate are some of the titles collected by Carole Trousseau.

What stands out in our Alumna's testimony is the importance of the toolbox assembled during the Executive MBA.  Thanks to these precious tools, the physicist and singer can juggle the many aspects of running a large institution with ease. Without being an expert in each field, she has more than enough knowledge to handle situations related to law, finance, human resources and more. In particular, she highlighted the need for strategic thinking in the multiple dimensions of cultural management. 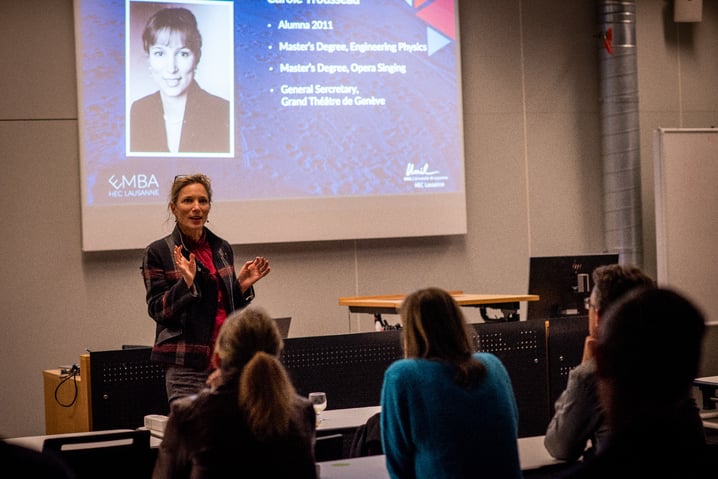 Holder of a Master in Information Technology and a Diploma in Banking Economy, our Alumni worked 7 years in Lombard Odier. There, he specialized in fraud detection.

Led by his entrepreneurial spirit, Laurent leaves the banking industry in 2008 to start his own business. Unsure of how to proceed, he decided to join our Executive MBA. From 2009 on, the serial entrepreneur launched several companies including a health centre and a school of magic.

The man who wears many hats, including a magician’s, joined the programme in search of a new direction. Before graduation, Laurent had already launched his first projects. According to Laurent, the programme prepares individuals to become entrepreneurs in many ways. Unlike traditional education, the Executive MBA does not seek to put participants in a box. On the contrary, it helps them get out of it. According to our Alumnus, training this mindset has a positive impact from an entrepreneurial and personal point of view. The toolbox provided in lectures or built during group work does not only contain a set of hard skills. It features soft skills valuable in private and personal life. 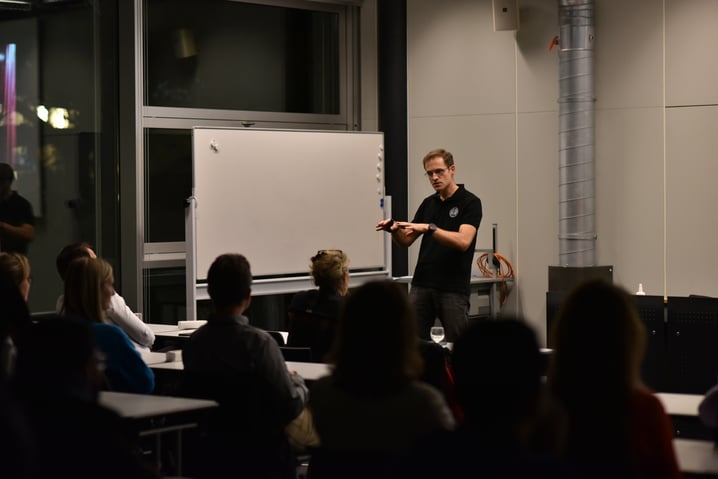 The dozens of alumni attending the event also described the positive impact of the HEC Lausanne Executive MBA on their careers and private life.

In a poll shared on social networks on the same day, 64 per cent of our community felt that the EMBA had a significant effect on both their private lives and their careers.

As an end note, we have collected a few yshort quotes from them:

How did the Executive MBA impact your life? 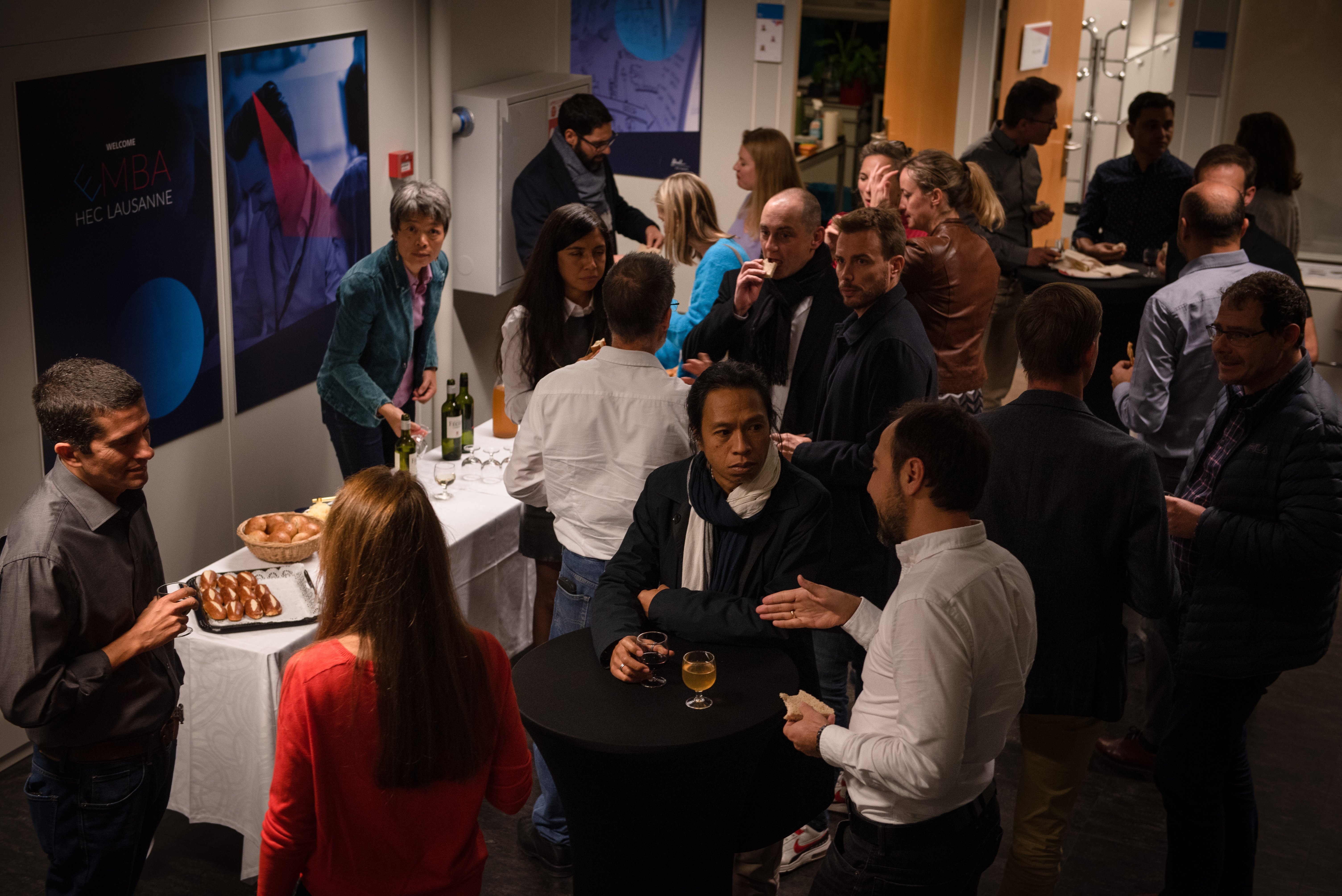 It’s International Women's Day. Where are we on gender equality?